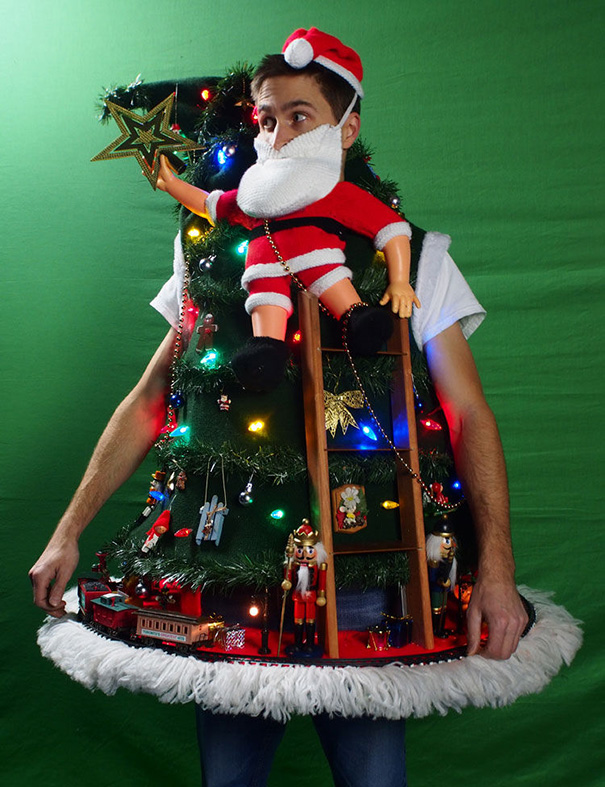 “National Ugly Sweater Day” is celebrated around the world on the third Friday of every December so was celebrated in 2020 on December 18.

Considering Ugly Sweaters are important enough to have their own holiday, nobody can really point to their true origins.

Many people think sweaters, themselves, were created in the 1500s for fishermen in the Channel Islands.

The British Navy wore sweaters in the 1800s.

For the European Theatre of World War II, which at times, featured bitterly cold temperatures, Americans and British knitted sweaters, along with socks and other items, in high numbers to keep the troops warm.

“Jingle Bell Sweaters” with modest Christmas-themed patterns were popular in the 1950s. Crooner Andy Williams wore similar sweaters during his TV Christmas Specials in the 1960s and 1970s.

The 1980s found Chevy Chase’s Clark Griswold in “National Lampoon’s Christmas Vacation” and Bill Cosby’s Cliff Huxtable in “The Cosby Show” in Ugly Sweaters as part of the comedy themes.

After a brief hiatus from major popularity, the Ugly Sweater may have come back, in part, when Colin Firth’s character, Mr. Darcy, wore an especially ridiculous pattern in 2001’s popular “Bridget Jones Diary.”

Many people attribute much of the current Ugly Sweater popularity to an Ugly Sweater Party held in 2002 at the Commodore Hotel in Vancouver, Canada by Chris Boyd and Jordan Birch.

Their Party is now a famous yearly tradition.

Sensing an untapped opportunity, Canada now has an entire Ugly Sweater Industry with Ugly Sweater Pub Crawls and other events across the country. Canadian sports teams and other businesses have their own lines of Ugly Sweaters.

Not to be outdone, fashion pioneers like Vera Wang and Donna Karan have their own lines of Ugly Sweaters for under $100. Interestingly, one of Donna Karan’s patterns features her initials, lest anyone forget about her!

For those in search of more upscale fashion statements, Prada, Stella McCartney and others have Ugly Sweaters costing more than $1,000.

Ryan Reynolds was recently pranked into wearing an Ugly Sweater to a traditional party by fellow actors Hugh Jackman and Jake Gyllenhaal.

He subsequently used the prank to publicize and donate to charities in his birth country of Canada.

While the pandemic has limited personal interaction, the Internet has allowed the Ugly Sweater Phenomenon to proudly proceed, on a more limited basis.

2021 will no doubt feature Ugly Sweaters’ return to their full glory when we, once again, get to see, in person, our bosses looking quite silly at Office Christmas Parties.

SpinZone Laundry’s Pickup and Delivery in Greater Round Rock